Christy Miller and Todd Spencer are engaged at last! But now the wedding work begins. Todd’s breezy view of life clashes with Christy’s meticulous planning. The issues of when and where to get married seem obvious––until everyone’s expectations are compared. Then Aunt Marti, Mrs. I–Love–to–Plan–a–Party, jumps in, ready to lay siege over each wedding detail. It’s enough to make anyone sing the wedding–bell blues.

Meanwhile, Katie has some unanticipated news of her own. Her renewed relationship with Rick is developing, but everyone wonders what’s going on. Is Rick about to break her heart again, or could this be something lasting?

As the time draws closer to the wedding, Todd and Christy face differences between them that might make married life more complicated than they thought, and Christy wonders if their relationship can work when put to the test. Will they make it down the aisle to tell each other “I promise” for the rest of their lives?

Only 1 left in stock

There are no reviews yet.

Be the first to review “I Promise [Christy & Todd: The College Years]” Cancel reply 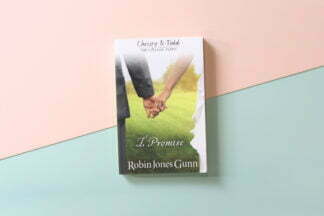